This trophy is generally very hard to award as it is very subjective. Players play at different strength against players of different strengths and in different tournaments. Therefore is not always awarded to the player that does best in matches but to a player that is considered to have done best relative to his grade and strength.

This year in matches the club played total of 296 games at the time of writing with 107 wins 85 draws and losing 104.

33 players presented, the club this year.

The shortlist, for the trophy year has been narrowed down to 5 players who are John Sugden Howard Tebbs Brendan Ruane Steve Blewitt and Jeremy Hudson.

John Sugden record was played 9 Won 3 Drew 6 and no losses all John games were played in division 1 of the mid Sussex league this gave him a percentage rating of 66, 6% and +7 performances against his grade.

Howard Tebbs played 13 games for the club winning 5 drawing 6 and only losing 2 this gave him a percentage rating 61.5 and -1 against his grade.

Brendan Ruane played 7 games for the club winning 6 drawing 1 and no losses however of the final candidates he only played seven times which may count against him his percentage performance was 92.80 with a +34-rating performance.

Steve Blewitt played 10 times for the club winning 6 drawing 3 and only losing 1 his percentage performance was 75% with a +11-grading performance.

Jeremy Hudson had a dreadful season last year I’m glad to see that his form has turned around he played 10 games for the club winning 4 drawing 5 and losing only 1. His percentage performances was 70% and grading performance was +12.

It is well worth noting that Jeremy’s performance in the mid-Sussex league in percentage terms was the six bests in the league with 7 ½ out of nine and 79% performances.

The Winner of this trophy will be decided by a vote at the AGM by the members attending.

The Pelton this year seemed to be done and dusted with Brendan  Ruane  winning his first seven games . However  in his eighth game he came up against Marc Bryant  who has a reputation of ruining peoples title chances and he did not disappoint. This left Brendan  needing  a half point in his last game against Mason Woodhams which Brendan was unable to collect. This  left Mason who had previously drawn  drawn against Hudson and Namouk needing a draw against Cosens in his last round which he duly delivered,  winning the Pelton  by half a point.

congratulations to  Ollie  Willson  who  wins the club championship  in convincing style dropping only 1.5  points and with no losses  a clear two points ahead of  Howard Tebbs  who finished in second place with  7 .5 point  John Sugden  finished 3th   with seven points

It is good to be able to report that members (and one former member,
Steve Giddins) have been generous enough this year to donate something
like 35 titles to the club library.

These donors include Kevin Carter, Rasa N, Francis Rayner, and BC
himself, as well as a goodly total from the estate of the late Con Power.

Your Chairman has put a lot of effort into trying to recover books taken
out but apparently not returned. It is easy to forget that an item on
your bookshelf and mixed in with your own possessions are in fact not
yours, but rather the property of the club

I have now spent my second full year as chairman and I’m glad to report that this year has been far less stressful than my first as things in the club appeared to settle down and the membership are getting on with the business of playing chess.

As the years go by we gain new members and we lose some old ones this year has been no exception we lost in April Con Power as I stated in my notification to the members Con was the bedrock of Hastings chess for some 50 years he will be sadly missed by all.

To our new friends. I give a warm welcome to the club and should they require any advice on club activities I am always available.

Over the last year we have run a series of little weekend chess tournaments which appear to have been successful, making the club a small profit. The next one will be run on the 24th 25th of September for players grade 150 and under. I would like to thank Jeremy Hudson for his help in this regard.

Raza continues to run the internal club tournaments in her quiet unassuming way for which I thank her.

In external club tournaments individual captains will report in detail.

The mid Sussex league second-team narrowly avoided promotion to the first division. The second team came with a late charge to survive relegation. Howard Tebbs runs our first team which finished mid-table and a fourth team was relegated.

In the Kent league our first-team defending champions run by Ray Brooks made it to the semi-final but were unable to continue their good form.  All of the other teams failed to reach the knockout stage.

Roy Bourne suffers some health issues this year, resulting in two stays in hospital but he continues to clean and open up the club and although the servings of teas have sometimes been sporadic the situation is being monitored and I thank Roy for all his efforts whilst suffering ill health. I wish him a healthier 2017.

The downstairs flat continues to provide a substantial income for the club which in affects results in a subsidised membership fee for club members. Without this income your membership fee would undoubtedly double however this being said  finances under Jim Wheeler are in a relatively good state, the club having a net surplus this year of around £2000 but we should not be complacent as any structural work on the property in any given year would easily wipe this out  plus some of our reserves. However, that being said, there is no intention to raise club subs this year.

Any member wishing to pay their subscription by instalments will need to do so by direct debit or standing order this year. Please liaise with Jim Wheeler on this.

We continue to try to chase up long overdue books so far this has resulted in about 60 books being returned this process will continue and I’m sure Bernard to will make his own report.

Paul Kelly felt the need to resign as premises officer I thank him for the hard work he has put in over the years.

The junior chess club continues to go from strength to strength initially being run by Gary Wilson and being taken over by Mason Woodlands.

We are still without a club secretary.

Committee meeting Have been held approximately one a month over the last year however there seems to be a lack of enthusiasm for attending them on no less than three occasions we have only just made a quorum.

Many thanks to Ken Lucas who has continued to be the minute secretary without actually being a member of the committee this a great help to me.

I’d also like to thank Paul Buswell acting as company secretary even though he is no longer a member something I still hope to remedy.

Mr. Arjun Kolani played in the under 10 British championships this year and succeeded in coming first equal winning the Neil Carr Scholarship Prize. The prize entitles Arjun to one year of funding for the 3 year ECF International Programme which he will begin in January 2017. He achieved his win and prize on the very day of his 9th birthday On behalf of the club. I congratulate him.

Lastly anybody who feels they wish to run for chairman please feel free to do so as I stated before on many occasions you get what you vote for it is no good complaining if you do not like the odd decision the committee or chairman might make. If you do not wish to get involved, then do not get involved!!!

I hope everybody will have a very enjoyable Chess year

By kind permission of Brendan O’Gorman 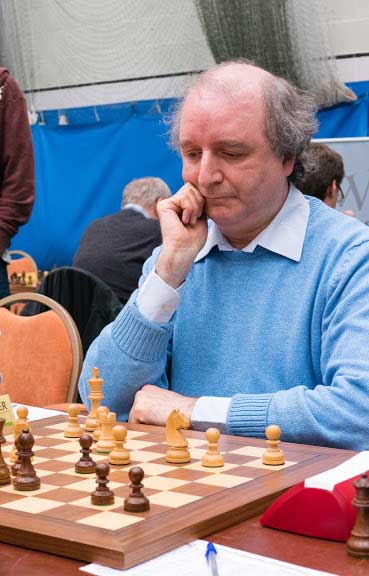 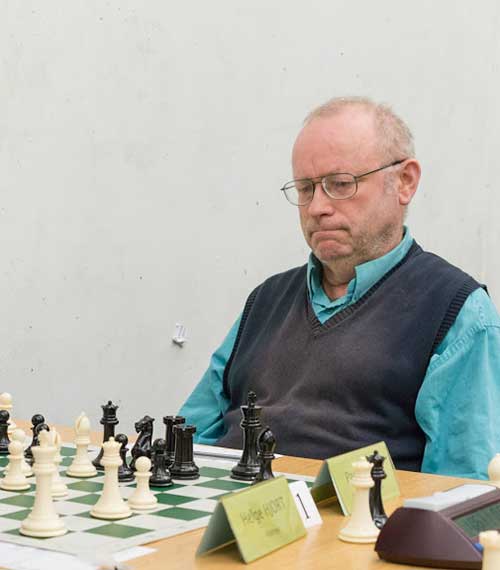 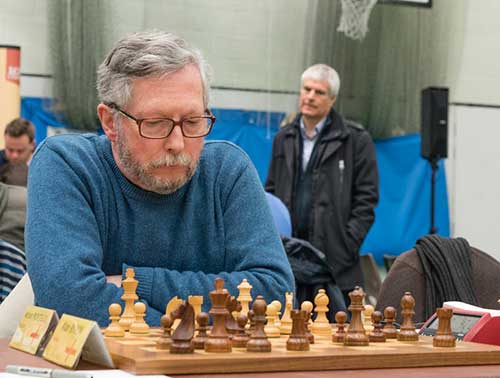 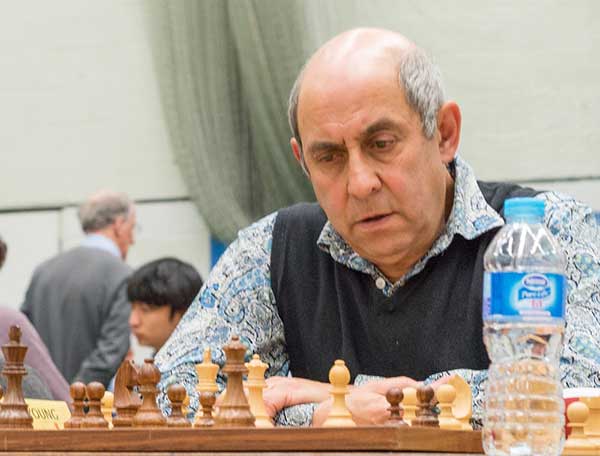 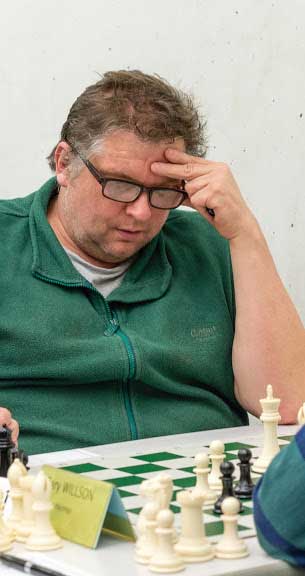 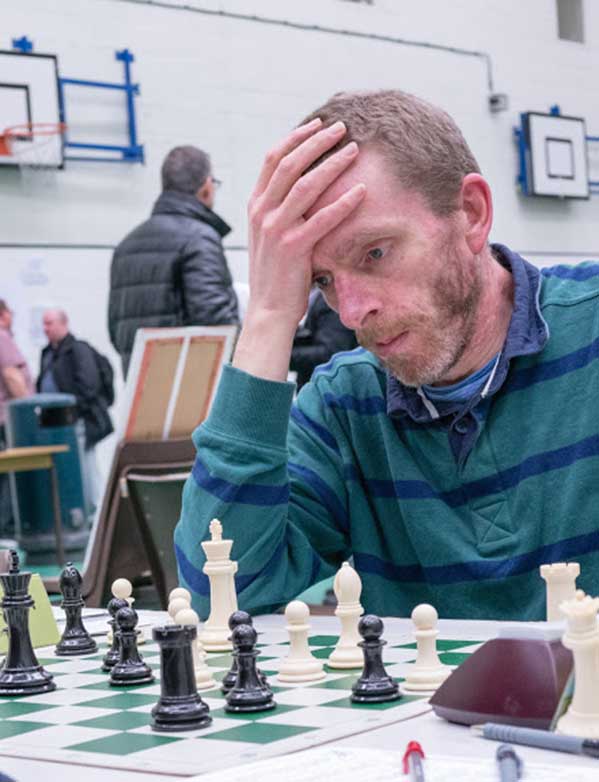 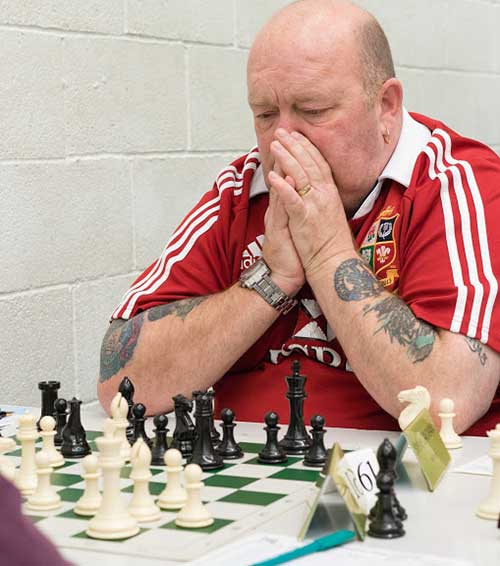 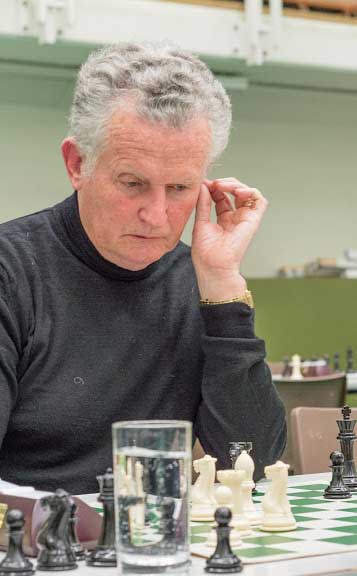 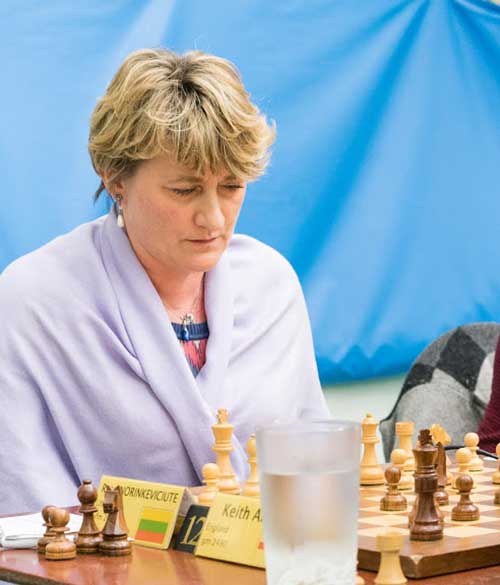 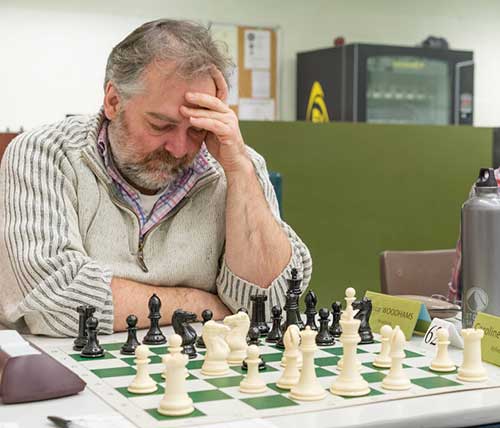 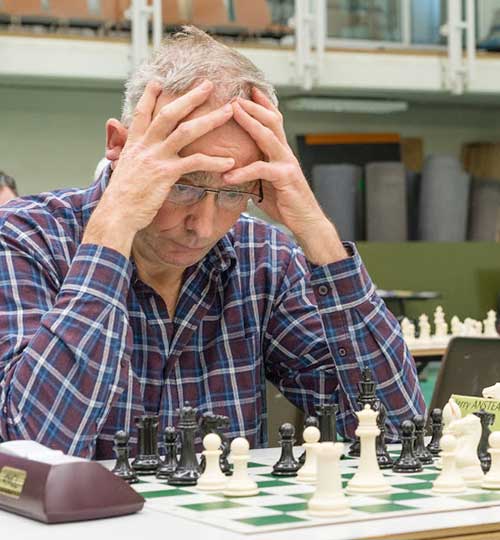 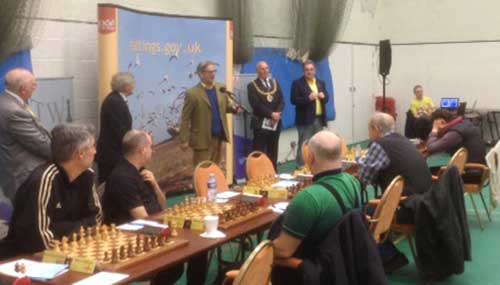 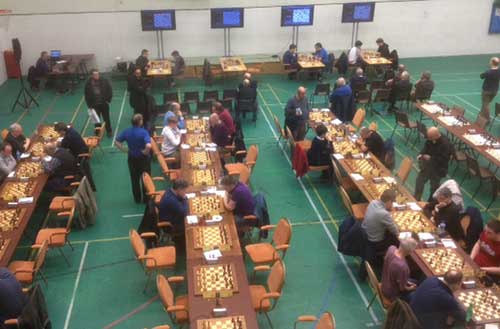 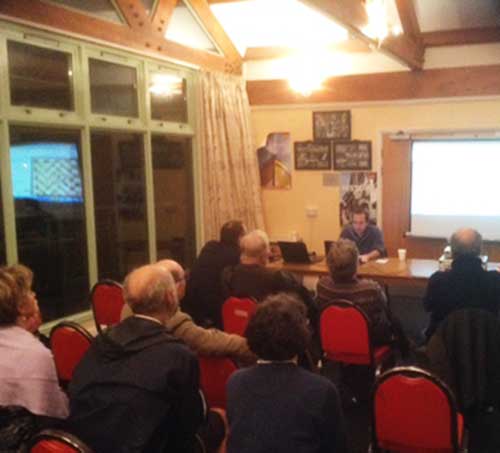 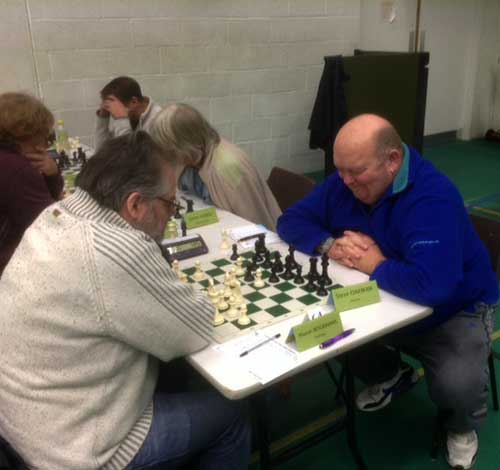 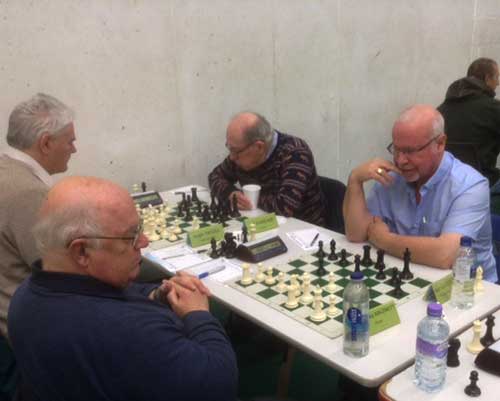 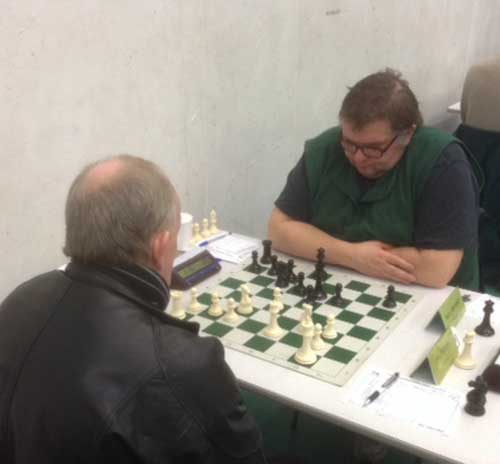 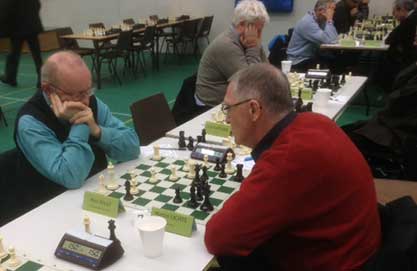 With this season’s group stage games all completed, our two teams in the Kent County League have done us proud by each winning their respective divisions.

In the County/Lewis Cup (Div1) Ray, steered his chargers to an impressive unbeaten 7-1-0 record and will now compete against Beckenham (winners of the metro section) on May 10th at The Mick Jagger Centre, Shepherds Lane Dartford. To determine the County Champion.

Intro Cup (Div6) group stage was won 6-0-2 by Adrian’s team with stand-out performances this season by Harry Stephens who has found an amazing run of form.  A juicy semi-final clash against Metropolitan group stage runners up Beckenham 4 awaits Hastings with the winners meeting either Petts Wood 5 or Maidstone 7 who contest the other semi-final.