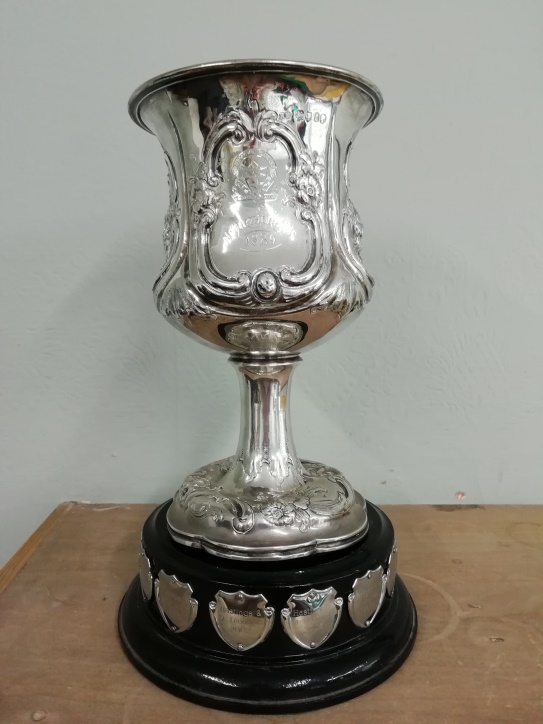 The MacArthur cup is a very prestigious competition in Sussex that dates back to 1889. The format is a classical time-control straight forward knock out that is open to the best teams in clubs from East and West Sussex.

For the past 13 years this has been held by either Hastings or Brighton and once again these two teams contested the coveted trophy. Hastings hasn’t won this for 7 years so was about time we took it back from Brighton.

The competition is not well supported with only four teams entering this year and this was after an absence of two years where the trophy was not contested.

In our semi-final we faced off against Haywards heath and sailed through to the final 6-0 as they couldn’t raise a team and defaulted.

So Brighton it was in the final who knocked out Horsham 4.5-1.5 to claim their place. We lost the toss and so had to travel to Brighton for the final.

I (Mason) had taken over the captaincy of the team as I wanted to say that I played in such a long running and prestigious chess tournament but being a low grade didn’t think I’d ever make the team. Numerous calls & emails to top players resulted in me making the team on merit as so many players were unavailable and so it was game on at Brighton.

The team of Sugden, Barton, Blewitt, Wheeler, Hann and myself were all heavily out graded on all boards but we still managed to get some points and made a real fight of it, everyone playing exceptionally but unfortunately going down 3.5-2.5 in the end. Special mention for Alan’s game where he played an amazing Queen pawn ending which was an absolute joy to watch.

With a stronger team the trophy could have been ours as Brighton weren’t particularly good on the day considering the grades. Better luck next year.